So here we are, a week before what would have been the Spring Series, and the traditional kick-off to the RTTC. If this were a normal year, I’d be bubbling with optimism, droning on about the upcoming season, previewing each of series and giving you a Cup scoring refresher. But this is anything but a normal year, right? How can we preview Cup scoring when we don’t even know when the season will start, what series will be sailed and how many of us can safely participate?

More on that in a minute, but for the record, I’m still optimistic because at some point, by hook or crook, we’re sailing. It may not be precisely what we’ve always done, but that’s not necessarily a bad thing. My guess is that this season is going to be a smorgasbord of stuff, from our usual Twilights and Sunday morning booth racing to Saturday racing around government marks to short courses to eventually perhaps a return to our usual 0.8 mile WLs later in the season. Maybe we’ll have a single-handed day! It will not be what we always do, but hey, nothing wrong with shaking it up a little. So I’m thinking of this as a ‘turning lemons into lemonade’ type of deal. And to be honest, any sailing this year is good sailing. Sailing is good for the soul and sustains us. So I’ll take any sailing we get this year and be mightily appreciative for it.

For starters, let me send out a few well-deserved shout-outs. Bridges, waterfronts, MRA, RC chairs, NOOD, the harbormaster – so many people putting in so many hours trying to figure out how to get us on the water. How awesome are they? Thanks to all of them for that effort, and hopefully they know that Fleet 5 is appreciative.

So here are a few things I know. First as to schedule, everything in May has been cancelled, including Spring Series on the 23rd and 24th, the Twilight scheduled for the 28th and MRA 1-1 on the 30th. A bunch of June events have also been cancelled, including for us, East Coasts. Thanks to the guys in Manchester for the hard work planning that, and also for their willingness to try again in June 2021. Stay tuned. As of this moment, everything else on the MRA calendar that pertains to Fleet 5 is on, though I wouldn’t bet the boat on it. The clubs and MRA continue to await guidance from the Governor, and that will inform a lot of subsequent decisions. Unless I missed it, MRA hasn’t opened registration yet and neither have we.

To date, Race Week and Nationals are still on. Jen Davies at NOOD is doing summersaults trying to make sure something happens this year. It may happen, but it also may not. Either way we owe her a tip of the cap for the effort. Nationals is a tough one. Your Nationals committee has been meeting since December working to cook up something special, and we have, though it looks increasingly like conditions could constrain us. Guiding my thinking is that if circumstances prevent us from throwing the party we want to throw, then maybe we should defer. We’ve given ourselves until June 1st to make the call and taken the added precaution of locking in a contingency date in August 2021.

The Fleet leadership is meeting Tuesday night to bat around registration, scoring, parties, and all of the things we usually do during the season. We’ll keep you posted. In fact, one thing that won’t change this season is this weekly gossip column’s attempt to keep you all informed. Your RTTC team includes Twilight reporters John Casler & Steve Uhl, our distribution department of Jeff Shoreman and Martha Martini, sideline reporters, contributing photographers and of course, my life editor-in-chief Christina Pandapas. They’re all here, and plan to be with you every week of this season, whether we race or not.

So there you go. In Cup competition, we’re all tied up and may remain so for a while.

Week 1 racing has been cancelled.

Fleet Party on May 30th – This party was scheduled at the home of Christina & Kim Pandapas. Regrettably, the physical party is cancelled, though we are looking into whether to get together for an hour that evening virtually. Stay tuned.

Twilight Series Splits and Scoring – We are deferring working out splits pending clarity on when racing will occur and a final decision on whether series scoring even makes sense this year.

Sunday Morning Booth Racing – The scheduled dates are in the MRA calendar. We’ll repeat them here when we have more clarity.

Lasers Are Sailing – Nothing stops these guys. Word on the street is that they’ve sailed twice in Salem and once in Nahant, and Salem seems to be working out. I know that Steve Uhl dragged his boat over for one of those and had a great time. If you’re interested, reach out to Tom Dailey at tomdailey15@gmail.com.

Seamus Hasn’t Stopped Sailing – Seamus Hourihan has been sailing his boat Thirst somewhere down south for most of the winter. Attentive readers might have noticed that Thirst is now safely back on her mooring at the mouth of Marblehead Harbor. Welcome back Seamus! I was out for my morning stroll Sunday morning and happened to catch the triumphant return. 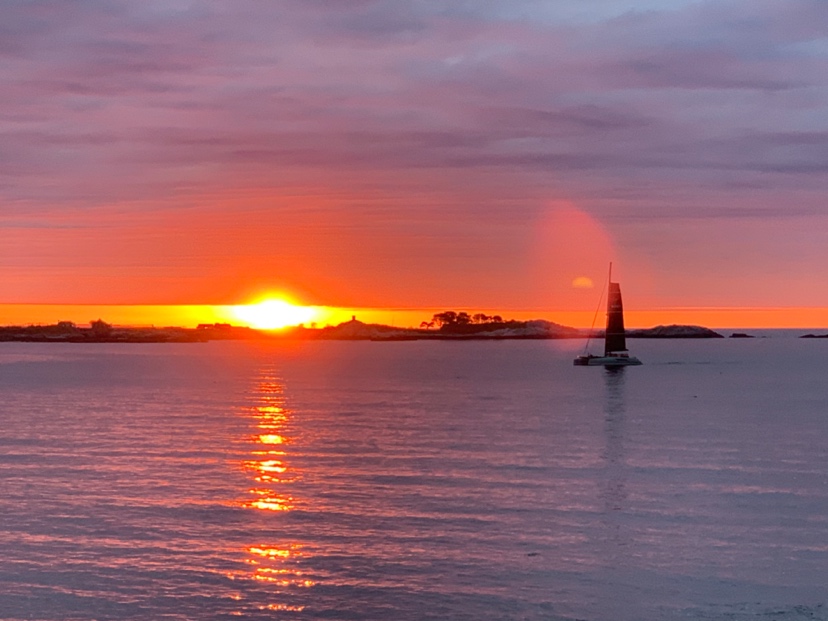 Bloxham Update – I know, I know, but some things just can’t be rushed. Here is the latest evidence of progress. 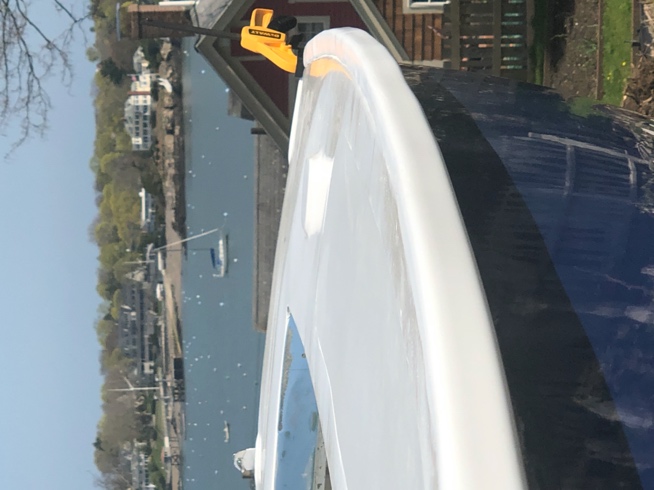 Fleet 5ers sailing DragonFlite 95s – There is no shortage of racing over at Redd’s Pond these days. The DF 95s have caught on, instigated to a great extent by CYC’s Will Bailey, but propagated by sailors all over town. Fleet 5ers and Fleet 5 alum crossing swords include Steve Uhl, Charlie Pendleton, Jim Raisides and others. Here’s a video of what this looks like. If you’re interested, call one of these guys or let me know and I’ll find someone to fill you in.

I’m going to spare you cleaning out the mailbag this time around. There is six months’ worth of stuff there but most of it old and doesn’t seem relevant anymore. But if you have something on your mind, including suggestions, gossip, pictures, or even just want to say hello, email me at the address below.