There was no racing this week, and not a lot to report on the racing front. The Governor moved the Phase 3 transition out a week from June 29 to July 6, most likely to collect more data. Given the resurgence in other previously reopened parts of the country, my guess is July 6 could slip too. We’ll see. And of course, it’s still not clear whether organized racing will be allowed under Phase 3. On that topic, if you’re interested in influencing that decision, you might consider expressing your views to Representative Lori Ehrlich’s office and/or commenting on the Reopening Comments and Questions Form portal.

Thursday night was another picture perfect Twilight night, but again with no Twilight. I may just have to start sailing on Thursday nights anyway, as a matter of principal. Could be fun to go ghost around the government marks by myself.

Saturday forecast was a break from the recent series of Chamber of Commerce Saturdays we’ve had, predicting South 7-10 and going SE in the afternoon under overcast skies, and with showers late. That’s about what we got, though the bulk of the weather went south of us. I would have been pleased to sail it. After a spring of honking winds, things have calmed down considerably. That’s the 3rd or 4th straight light-air Saturday in a row.

So in Cup competition, shockingly, we’re still all tied up.

Week 7 racing has been cancelled, though for us, that means only that there will be no Twilight on Thursday evening or Sunday morning Series. Due to the holiday, there was to have been no MRA racing anyway.

NOOD, 3 Days or 4? – You’ll recall that the NOOD organization changed the dates for Race Week from July 23-26 to August 7-9. That left an open question in our minds as to whether they would give us our usual four days (i.e. August 6-9), or go with three. Turns out that was an open question for NOOD too, as they reached out to Jim Taylor and me looking for our input. El Jefe responded thoughtfully, “I think that I can speak for our fleet in saying that a majority would prefer to race 4 days, but that we would understand if given the logistical and staffing limitations that you no doubt face, you can only justify providing 3 days.” Stay tuned.

Mask Update – Speaking of El Jefe, he provided this update on the fleet mask project. “The mask fabric has finally been shipped. What was supposed to take one week has taken at least four, but better late than never. Those with the skills and inclination to sew some masks should contact us at ajtaylor8@verizon.net.”

Team Taylor Swings into Action – In one of the most positives signs yet, we understand that the cover finally came off 1926. Here is the update from Jim Taylor. “As promised, I’ve attached a photo of the big 2020 ‘Cover Off’ celebration day for Team Taylor. We had to limit the size of the traditional parade this year to keep the crowd size suited to socially distancing responsibly. Masks were worn by all, and those attending (me) could barely contain their excitement. #1926 should be in the water by next weekend, pretty close to our ‘early July’ expectations.” 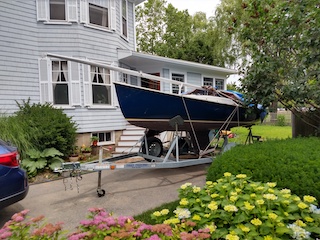 No Social Distancing Here – Jennifer & Steve Uhl helped Kathleen Lane celebrate her birthday on Friday night, with Team Pandapas lucky enough to snag an invite. Here’s a shot of the birthday girl sitting next to that guy she puts up with. 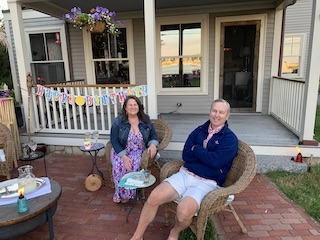 We certainly need no more evidence that Jennifer & Steve are the most gracious hosts on the planet, but here is a little anyway. Steve made a Tiki bar, produced a drink menu of 9-10 Tiki drinks, including Norwegian Paralysis, Mai Tai, Scorpion and Fog Cutter to name a few, and then of course, played bartender. Check it out.

Old friend Josh Wheeler sent in this comment on the Fleet 5 Baby Boom. “Hmm. Seems like the timing of these babies correlate well with the end of last sailing season. I guess we now know what all that extra free time is being used for after the boats are put away.”

Reigning National Champ Chris Schreiber checked in with this response to my thoroughly immodest comments about who might have won the day in last week’s light air. “OK Kim, you’re throwing it down. Since we can’t race Rhodes, how about a little doublehanded Laser action? We’re racing in Maine! And for the record, we come in at 29.5 lbs (soaking wet). Bring it on!” Doublehanded laser action? Hmm. So radial rigs and two people per boat? That’s probably the only way I could get one of those little beasts around the course.

Jim Taylor shared what had to be a bittersweet moment. “Those with sharp eyes who frequent the mean streets and alleys around the State Street Landing and Driftwood may have noticed that Peter Craig (Premiere Racing) and I have vacated our office spaces at 67B Front St. This is NOT because either of us has closed up shop or retired, we have just moved – Peter to Town House Square, and me full circle (after +/-33 years) to a home office at 8 Wyman. For lots of reasons (including Peter being done with risking frostbitten toes in the winter), it was time. I will miss the waterfront and my view of the harbor, which gave me a nice preview of Twilight Racing conditions, but I won’t miss the killer commute.” End of an era.

Finally, John Casler happened to see his mention in last week’s edition and weighed in with this. “Sadly, still nothing to report, but thank you for the kind mention last week.” Ever the optimist, he added, “I was just able to pick up some 16oz flip top Grolsch bottles, the first Vinnin Liquors has been able to stock in a long time. That has to mean something. I have not cracked a beer during a race in decades, but that could change.” 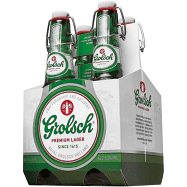